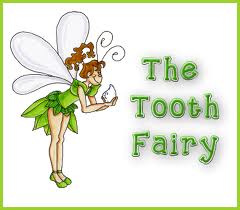 I realized I was the only one of my peers who believed in anything. I’d already debunked Santa Claus, albeit tearfully. Santa was a stretch for a Jewish child who lived in a modern apartment with no fireplace anyway.

I believed in the tooth fairy longer than most kids do; much longer. I think I was eight, maybe nine, when I finally gave her up. It wasn’t about believing in fairies and sprites; I’d begun cynically questioning my mother about the tooth-for-cash transaction from day one.

“Come on, tell me the truth,” I’d pester. “It’s you and Daddy, right? I saw you. You woke me up and you were doing something to my pillow.”

“We were just checking on you; we always do that,” my mother answered, not exactly lying.

“So why does the Tooth Fairy leave me a dollar, but she only leaves Wendy fifty cents? Huh? Why, Mommy?”

“Why, Mommy, Whyyyyyy, Mommy? It’s so annoying when you do that,” she’d answer, dismissively.

“But whyyyyy? She doesn’t even take the tooth away.”

“Because I left her a note asking her to save it for me. I’ll save all your teeth, and when you get big you can make a necklace out of them.”

I’d accepted that answer but I never really believed her. It seemed to me that, if the Tooth Fairy were in the tooth business, she’d want an even exchange. Still, getting to keep the tooth as well as the money assuaged my sense of loss. I let it go on for as long as I possibly could.

Finally, I realized I was the only one of my peers who believed in anything. I’d already debunked Santa Claus, albeit tearfully. Santa was a stretch for a Jewish child who lived in a modern apartment with no fireplace anyway. However, he always brought me presents, even though we didn’t celebrate Christmas at our house. The gifts were delivered next door to the Quagliara’s, where we went each Christmas eve to eat lasagna and strange sea creatures smothered in spaghetti sauce that we couldn’t have at our house; to open festively wrapped presents and admire the flashy, fake silver tree covered in glass balls of cobalt blue…a spectacle that vied for attention with Maria Quagliara’s overwrought, gilt-encrusted French Provincial living room.

“So it’s okay to believe in Santa even though we’re Jewish?”

“Sure, it’s okay!” my mother enthused. “Santa loves all the little children, Catholic or Jewish.”

“But how does he deliver the presents when there’s no chimney?” I asked. “Does he climb down the fire escape?” In no time at all, my mother was on the phone reporting my brilliant deduction to friends and relatives nationwide. But she never answered my question.

So I filed Santa–along with angels, God, vitamins, and the Tooth Fairy–away in the “Things I Benefit From But Don’t Quite Understand” file. When I finally gleaned the truth about Santa, it was something of a relief. It had been awkward reconciling this fantasy with the realities of menorahs, dreidels, and a kosher kitchen.

The fateful day came when I sat my parents down for a serious discussion. I had just lost another tooth and as much as I wanted to keep our innocent little tradition going and pocket the money, I couldn’t in good conscience go through with the charade any longer.

“Tell me the truth,” I insisted. “There is no tooth fairy, right?”

“No,” they said somberly, leveling with me. “There isn’t.”

My reaction surprised me. I burst into tears; then, heaving sobs.

“You shouldn’t have let me believe at all,” I reprimanded my parents, at once feeling betrayed and, at nine, mourning my childhood.

My mother held and “there-there’d” me, at a loss for what to say; but my father knew just what to do. He disappeared into my bedroom for a few minutes, then re-emerged, transformed. On his head was my red-and-white striped stocking cap; in his hand, a wand with a star on top, belonging to my Chatty Cathy doll’s Fairy Godmother costume. He skipped around the living room, trilling, “I am the Tooth Fairy!”

Tapping me on the head with the wand, he said, “Here is your dollar, Little Girl,” proffering the money. I was still upset but began to smile through my tears. Conversely, my mother laughed so heartily she started to cry.

My father performed his magic act for each of my remaining lost teeth. But after the first time, I no longer found it funny; I cringed in embarrassment each time he donned the fairy getup, and hoped he would not do it in front of my friends. But my parents were not about to give up this newest family tradition until there was not a baby tooth left in my mouth.

Alas, all of my new teeth came in crooked and I had to get braces. That’s when my father gave up his drag act and snidely relinquished the title of Tooth Fairy to my nasty, overpriced orthodontist. 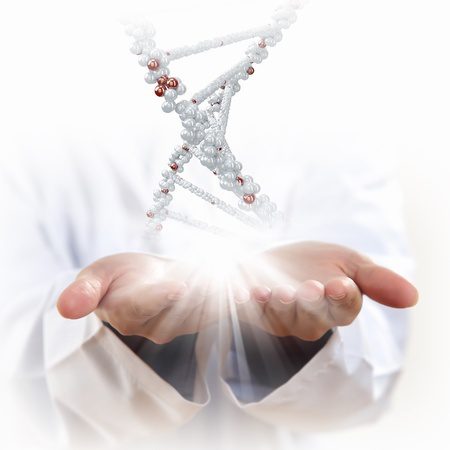 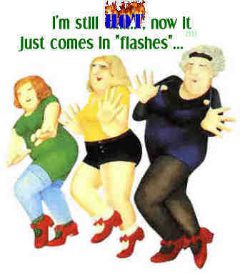