Wednesday night, November 8, 2000:  8:30 PM.  About 150 of us are crammed into an oblong, pink-carpeted room designed for hatha yoga classes of no more than 30 participants.  The Dharma Yoga Asana Center is a small oasis situated above a bagel bakery and a print shop…and the air is hot and thick with incense, toner, and the pervasive, yeasty odor of onion bagels.

Hindu deities and Indian gurus smile down from the colorful photographs and lovingly constructed shrines lining the pure white walls.  A row of casement windows faces a busy commercial strip of Third Avenue.  Although there are constant reminders (bagel aroma, honking horns) that we’re in New York City, the atmosphere is calm;  disciplined meditators sit with straight backs on small silk-covered square cushions.  Those in the know sport minimal clothing — tees and tank tops — despite the winter weather outside.  The shoeless crowd chats affably, unconcerned about the heat and the increasingly late hour.  We’re here to chant and have satsang, an evening of spiritual practices and camaraderie, with Krishna Das, the traveling troubador of the yuppie-yoga set.

Eventually, a nice-looking, fiftyish, bespectacled fellow makes his way, without fanfare, to a spot on the floor where a microphone and harmonium await him.  He’s unassuming in longish brown hair, black sweatpants and a new-looking red tee-shirt.  For a few minutes, he surveys the crowd, nodding in recognition here and there, shaking an acquaintance’s hand, hugging a female friend.  There aren’t many regulars tonight;  few of the fresh-faced college-age kids who crowd into the trendy Jivamukti Yoga on Lafayette Street for Monday night sankirtana (Hindu devotional chanting) have wended their way uptown to 23rd Street.  This Wednesday night group is more mature, less hip…a pleasant, if odd, mixture of impossibly slender and fit middle-aged yoga teachers, well-fed suburbanites with New Age affinities, aging ex-cultists, and business types fresh from the office, in suits with their ties loosened.

I sit in a reserved metal folding chair along the back wall with others who have temperamental spines and knees, alongside several invited guests of Krishna Dasówho is better known to the Class of ’65 at Long Island’s Herricks High, and to his former classmates at the State University of New York at Stony Brook, as Jeff Kagel.

With his well-trimmed salt-and-pepper beard, wire-rimmed glasses, and neat if casual appearance, Krishna Das looks more like a college professor than a spiritual singing sensation or a record executive, but he is both.  In the early ’90s, he helped found Triloka Records, a label that produces his chanting albums, as well as the recordings of well-known world-musicians including Rita Coolidge and Jai Uttal.  However, like his famous friend Ram Dass, Krishna Das sat for several years at the feet of his guru Neem Karoli Baba (Maharaji), at a time when thousands of other Western seekers were pouring into India in search of samadhi and psychedelics, but didn’t stay.

Visitors snap pictures.  Sri Dharma Mittra, the guru and proprietor of the eponymous yoga center, runs a camcorder from the entryway.  Soon, with the lights comfortably low, Krishna Das and his musicians and assistants settle into an infectious silence.  As the first chord of the harmonium sounds, a meditative hush settles over the room.

“Howdy!”  Krishna Das says in greeting, provoking titters and almost, but not quite, dissipating the reverent atmosphere.  “Everybody know Dharma Mittra?  This is his place.”

“Namaste,” Dharma says over folded hands from his post near the door.  “Namaste,” the crowd responds.

“Can’t you speak English?” Krishna Das jokes, engendering a burst of embarrassed laughter from those caught in the act of yogic posturing.  Despite the spiritual honorific bestowed by his guru, he is still, at heart, a nice Jewish boy from New Hyde Park.  (Gotta love a guy who promotes his latest CD on his old high school’s web page.)

After some brief announcements and a musical invocation to the Powers That Be, “Om” fills the small space as everyone intones the primordial sound three times.

“We’re going to chant Sri Ram Jai Ram after I moan and groan a little bit first,” Krishna Das informs us with typically self-deprecating humor.  It’s an apt description:   his somewhat gutteral invocation to Hanumanómonkey God of the Ramayana who symbolizes the spirit of selfless serviceóis more a private prayer than public supplication.  He practically hums the mantras to himself, albeit loudly, in a voice that is resonant and a bit gravelly, with a quality reminiscent of Gordon Lightfoot.  The melodies Krishna Das appends to the traditional Sanskrit words are decidedly Western.  At first, an evening with him can seem a little like chanting “The Wreck of the Edmund Fitzgerald” in call-and-response fashion.  But the experience is uplifting and intoxicating as no hootenanny ever approached.

“Sri Rama Durtam Sharanam Prapadye,” we intone three times preparing for the chant.  I go to the messenger of Ram for refuge. Then the action begins, accompanied by K.D. on harmonium, and members of his “chanting posse” on cymbals and the traditional two-headed drum called a khol.

Sankirtanaóas those who have attended Krishna Das’ chanting gigs around the world will attestócan be as much fun as a good party.  However, chanting is also a spiritual practice, used for centuries by yogis as a method for merging with the Divine.  It may create a powerful emotional opening when you least expect it.  In anticipation, Krishna Das offers personal anecdotes and simple, often humorous explanations of the intense effects chanting ancient mantras has on one’s body and soul.

“We’ve been calling the Divine Name,” he explains after the first chant comes to a close.  “In most cases, when we call someone’s name, we know the person, and he turns and says, ‘Yo, wassup?’

“There are some of us who chant Ram’s nameóand if this is true, see me in the hall lateróand who actually know Him.”  The crowd laughs appreciatively.

“But most of us don’t.  So we don’t realize that, when we call, there is a response fromóI have trouble with the word God, because it’s so hardóso let’s say love.  That’s difficult, but not hard.

“When you open and this love comes in, stuff has to also come out.  So when it starts to come out, and we start experiencing weird road rage in the kitchen, we have to let go of it first.  It’s said that if you want to fill a bucket with milk, you have to clean out the bucket first.

“There’s a beautiful word in Sanskrit called vairagya,” K.D. continues.  “It’s usually translated as ‘renunciation,’ but it really means falling away [of worldly attachments].  When we do these practices, everything falls away.  Now, we can go chanting with other people, and wear white, and try to look spiritual.  But eventually that has to fall away, too.  The more we do these practices, the more stuff falls away.  And you know it because you seem happy. Er,” he adds, for clarity.  “Happi-er than you were.  Most of us have so much self-hatred that we walk around like we have a tack in our butt.  We want to find happiness, we want to be happy.  But if we have that tack taped to our butt, it’s very hard to sit down.”

“Chanting and asana meditation and all these practices work to bring about bliss by themselves, like a program running in the back of our computer,”  he explains, making the truths of the ages accessible to this contemporary New York crowd.  But, Krishna Das warns, “Bliss is not less pain.  Less pain is less pain.  Bliss is its own experience.”

We go on to sing “Om Namo Bhagavate Vasudevaya,”  honoring and inviting the bliss of the indwelling presence.  K.D. takes us just to the point of that bliss he promises, then stops the chantóthere will be time for more bliss later onófor a cool-down.  It’s time, as the temperature has gotten nearly unbearable, and the shakti, or spiritual energy level, is dense as well, too dense for some.  The room empties out a bit.  Many chanters have been swaying and gesticulating wildly, and some participants must find this strange and uncomfortable.  Others seem surprised at how great they suddenly feel.

Another invocation, then a new chant begins.  “Jai Siyaram, Jai Hanuman.”  Hail the male and female aspects of God, and hail Hanuman, “the breath of God.”  The melody is as natural and gentle as the breath.  I mistakenly believe the evening is winding down, but no; finally, the mantra meltdown session everyone’s been waiting for arrives in full force with “Hare Rama Hare Krishna.”

Krishna Das has said of his music that his influences come more from the Shirelles than from the great masters of kirtan.  But however Westernized this composition, it does not fail to inspire and transform the audience.  The melodies build and change and a sense of lightness and exhilaration sets in.  Nubile girls in tank tops and middle-aged earth-mothers in goddess-themed tees get up to dance in ecstacy, like the gopi milkmaids legendarily sported with the young cowherd Krishna.  Others move around while seated, swaying blissfully or making elaborate mudras with their hands and arms.  Nearly everyone is clapping and shouting “Hare, Hare!”  One man holds his ears shut with his fingers; perhaps the better to hear his own inner voice.

It is almost 11 PM, and the next chant starts out as a slow, sweet, and reverent hymn to Ma Durga, the Divine Mother.  The room is emptier, the air is fuller.  The swaying is slower and steadier.  Dancers return to their chairs and cushions.  The handful of  Indians in attendance, who have been listening silently all evening, remain silent.  One wonders whether they have found this night of Westernized chanting to be uplifting or appalling. (Later on I learned that two of them were the parents of an Indian guy who comes to hear K.D. all the time, and that they thoroughly enjoyed the evening.)

Soon the tempo changes once more, and we are singing a rousing “Jaya Jagadambe Ma Durga!  Narayani Om, Narayani Om!”  Victory to Durga, the Mother of the Universe!

11:30.  Half the original crowd has gone home and to bed on this midweek school-and-work-night.  Those of us remaining chant a gentle thank-you finale of Jai Bhagavan.  Hurray for God, essentially.

The harmonium drones its final chord.  We sit silently for a moment in the lingering energy of the chant.

“If we know about a path,” says Krishna Das in closing, “it’s because of the beings that have walked it before us.  As they shine their light for us, we wish that all beings be safe, that all of us be happy, that we all have good health and enough food to eat, and that we live with ease of heart with whatever comes to us in life. Om, shanti, shanti, shanti.”

All pause to meditate on that message before returning to “whatever comes to us in life.”

And Krishna Das–friend of Sting and Madonna but no superstar guru, he–lopes out of the room as unassumingly as he arrived.

The Cantor’s Bowling Shoes It was time for the Kaddish; … 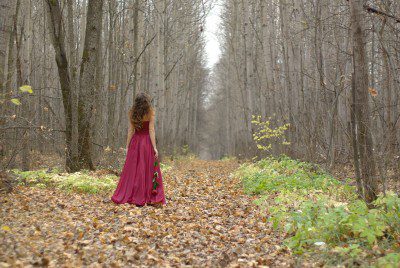 Have you ever been told that you are too emotional …
Tags:away practices chant chanting comes life crowd dharma mittra jai krishna new new york