Home
NLP
What is NLP, Anyway?

What is NLP Neuro Linguistic Programming or  Natural Language Processing?

SOMEONE ASKED me at a party the other day, What is it that you teach at these seminars anyway?” I get asked that question a lot. My answer is usually as different as the person asking.

I THOUGHT about my answer before replying. I was about to give him a “stock phrase” answer when I heard John La Valle’s voice in my head, “When people ask you what is NLP, don’t tell them, show them what it is.” (I once heard him say something like that at one of his seminars.)

SO, I DECIDED I’d answer by asking my friend, “Have you ever had a belief that, when it changed, so did some aspects of your life got better?”

HE ANSWERED NO. And I asked him if he was sure. He confidently repeated that he had never had a belief change. So I asked him if he still believed in Santa Claus. To which he began laughing, and said I made a very good point. But that he changed that belief a long time ago.

I POINTED OUT to him that his beliefs were showing, and smiled. He said, “OK, well give me an example of how you would use this.” I asked him to think of something he’d like to do more of, and when he does, his life will be more like he wants it.

HE SAID HE had a list too long to mention. So, I thought to myself, “Maybe that’s a good belief to shift! What if he started with the belief that he has 3 very important things that he really wants to do (that are REALLY important), and do those things, moving on to other things, instead of being overwhelmed by an ultra-long list, and doing nothing about it?” But I didn’t say that to him.

I TOLD HIM to think of one now! He said, “Oh, OK, I’d like to play guitar.” I asked him what if he believed that he really enjoyed practicing the guitar, and that he learned easily. He said, “I do like practicing, and I learn new chords, and songs pretty quickly when I do actually pick up the guitar and practice!”

I THEN ASKED HIM, “Well, what if you believed you only need 4 hours of sleep every night?” To which he laughed and told me I was crazy for even suggesting that. There are bound to be people that only sleep 4 hours a night . . . So what if you believed that all you need is 5 hours of sleep? He couldn’t argue with that. So he conceded that he’d have more time, and would start practicing his guitar.

WOULDN’T IT BE silly if you tried to argue that you now have in your mind, the possibility that you can begin sleeping an average of 5 hours a night. It doesn’t mean you will, but now it’s a possibility, where it wasn’t before, isn’t it? He smiled brightly, and said, “Yeah! Hey, that’s cool!”

I SAID, “Well, that’s an example of what I teach in the seminars.” And I teach seminars because I like to stay at the edge of my skill level, and teaching helps me enhance my skill level so that all I have to do is have a conversation with you (or myself), and simply change minds so that they work (& play) more exquisitely. 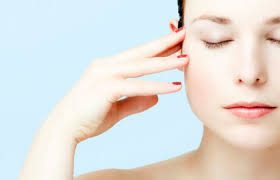 When you are too old to learn how to read? … 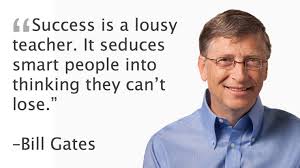 What does success mean to you? You’ve got to define …
Tags:nlp cyprus nlp seduction nlp techniques what is natural language processing What is NLP what is nlp coaching what is nlp hypnosis what is nlp stand for what is nlp therapy what is nlp used for