Diane is a 2008 “Joy” graduate, and has a contract with a school. She goes in once a week to work with their more difficult students. She just had the contract extended for two years and the principal of the school told her he had found that she has had a 80% success rate with the students. Way to go Diane!!!!!

I was introduced to Zac who is 8 years old and in grade 3. He was diagnosed ADD and had started Ritalin just the week before I met him. He took his medication twice a day and his teacher told me that she could really tell when it was starting to wear off. I had the chance to observe him in the classroom without him knowing and he all but hung from the rafters. He was disruptive to everybody around him, talked as he wrote and also when he didn’t, he copied work and fidgeted with everything he could get his hands on. In the schoolyard he fought with other kids constantly and if trouble was around, there was Zac. 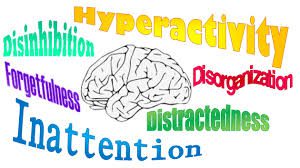 His first school term this year had a rocky start and then improved. Second term he started to fall back. It was in this second term that I started to work with him.

Session One
In our first session we covered the Math and spelling strategies. I asked him 4 X 8 then sat back and observed what he was doing. I asked how he got 32 after some time and he said he multiplied 2 X 8 = 16 plus 2 X 8 = 16 to get 32. It never ceases to amaze me how these kids are so ingenious to arrive at their answers. I showed him the math triangle and he just stared at me in amazement and said, “hey it can’t be that easy”.

He loved his math most of all and every session he came in with different shapes trying to get them to work like the triangle. We’d laugh each time and I’d say “Hey good try Zac”. He enjoyed trying to figure out other methods to arrive at the same answers. Was this the same kid that had to copy work because the thought he couldn’t do it? He was already broadening his learning vision and even when his new method didn’t work out he still tried something new.

Session Two
We went through the Spelling and Math strategies in his second session and he was doing very well with them. We then ran through the ADD dance. His sister always made him angry at home. I always tell the kids that sisters (or brothers) were born to annoy brothers. This always seems to settle in them as if to say “Oh is that why they’re here” and we laugh about it. Zac’s love is Baseball so it figured pretty heavily in his ADD dance. We ran through it several times until he was very comfortable with it. He used rap music as he jiggled his way through it.

I asked Zac who was in charge and he said the voice in his head that told him what to do and it got him into trouble. I asked him if he would like to get rid of it and he said “Oh yeah” so I asked him where we could put it. He wanted to put it in a small box padlocked, then a medium box padlocked, and then into a Dumpster also padlocked which he dumped into the sea. He replaced the annoying voice with an angel. Also this session we talked about playing baseball, future paced it happening and getting a home run.

Session Three
Zac’s next session was a very emotional one for me. As soon as I collected him from the classroom I could tell he had something he was just busting to tell me but wouldn’t until we got to my room. He told me that he had played baseball last Saturday and he was up to bat with all the bases loaded. Yep you guessed it, he hit a whammo and got a home run and all the others kids on the bases home as well. I have never seen so much pride shine so brightly. The tears welled up in my eyes and I knew this kid had turned the corner.

We ran through the spelling and math again and it was very easy for him. I have noticed that the more that kids are comfortable with the strategies the more they just pass them off as natural. This bothered me when I first worked with them as I was so used to seeing amazement on an adults face that I had never considered that children just integrate it all so easily, and why not. What is it, that as adults we want to complicate everything?

Session Four
Today was a very unusual day for Zac. He was very down and cried because he didn’t want to take his medication any more. He just wanted to be like one of the kids. My heart went out to him and I said that if we keep working at what we are doing you can be just like that. I decided to do the Thought Inoculation Process with him with the belief that he could never be the same as other kids. He grumbled and kicked the carpet most of the time but still followed it through.

He also remembered a time when he fell down a culvert. Grabbing onto some grass as he fell was all that saved him. He was very frightened that he would fall and never come out. He had a very traumatic memory of it. I did some Thought Field Therapy with him. He asked where did my fright go because it’s not there anymore. I laughed but he was not in a jovial mood today.

He was concerned today also that the other kids would see him yet it hadn’t worried him before. There certainly were changes taking place. I reassured him that we could do this together and we COULD do it. He left that day and I had very mixed feelings about how things were going for him.

Session Five
This week I met with his teacher before I worked with Zac and she said “look out he hasn’t taken his medication and he wouldn’t tell me why”. I didn’t know what to expect but when I collected him he was cool and calm as can be. While we were walking along I asked him why he hadn’t taken his medication and he said we’ve lost it. I burst out laughing and we literally danced along the school corridor and laughed all the way to the room. He said, really we can’t find it and I said “yes Zac now it’s time”.

Today we covered the vocabulary strategy, using Don’s horse. Well I thought he would fall off his seat laughing (sorry Don). He said I can do that too and before we knew it we had looked up words and drawn many “horse” pictures. He grasped it very quickly. Of course baseball words were a specialty.

Session Six
Zac was very pleased with himself today. He had earned his pen license. This is when they switch from using pencil to having such neat work that they can use a pen. He was so proud of it and asked if I would like to see the writing in his diary. It was so interesting to go back through it and see the writing change in such a short time.

He loves using the triangle and both the math and spelling strategy were automatic and therefore “no big deal”. As he said “a piece of cake”!

Today we even did some cross crawling and he did it very easily.

He told me that he had a double play in baseball last Saturday and his coach told him he was the youngest and first under 11 player to get it. I told him I was very proud of him and he beamed.

I told Zac that session that I wouldn’t need to see him anymore and he said “no I still want to see you”. I knew it would be my last session with him. Our work was done.

His teacher reported that he was doing extremely well and needed almost no supervision with his work. He was quite, concentrated and joined in group discussions without having to hold the floor. She said his progress in such a short time was amazing. I just smiled.

I visited Zac’s room one more time after they had been out on an excursion to the Queen Victoria Market (a large produce market here in Melbourne). They had been gone for five hours and were now sitting on the mat telling about their experiences there. I sat quietly at the back of the room just watching Zac. His teacher looked back at me and smiled.

I left the room and then punched the air and yelled, “YES!” 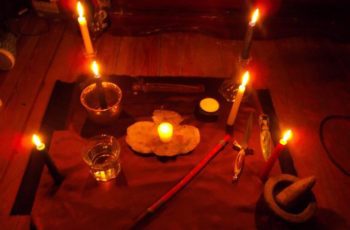