The Hand And Mental Tedencies

In palmistry, there is no psychological complexity that cannot be unravelled. To analyse each and every mental abrasion and disease is not possible, as these are practically endless.

The Lines of Life and Head are treated and considered the chief Lines which supply the key to the rest.

Palm Reading The Line of Life

receives current from the Finger of Jupiter and indicates health and physical strength in general. This Line must run and enclose a bigger area of mental tedencies the Mount of Venus and not run on top of it, so that it gives health to the subject. The Line of Head also receives current from the Finger of Jupiter. This is another important Line and indicates the mental concentration and ability of the subject.

As discussed earlier, the Life Line should not come down but enclose a maximum area with a wide curve of the Mount of Venus.

But when the Mount of Venus is high and well developed, and the Life Line forms a wide curve increasing the width of the Mounts, it indicates that the vital forces are very Strong and active. Such people are warm hearted, generous, sympathetic and emotionally responsive.

The Line of Life

On the Line of Life, we find a number of very f ine upward rising Lines, particularly near the beginning of the Line but end before they reach any other Line such as that of Head or Heart.

Such persons are very enthusiastic but they tire quickly and have a restless disposition. A break in the Line of Life does not indicate death unless it is supplemented by other signs and Lines on the Hand.the line of life Another cause of mental restlessness is the inborn instinct for travel. When travel Lines are shown on both Hands, one should not become restless for travel; age and time should be checked from the Hands

The Life Line should run in a perfect condition and it should have normal formation.

Ladder wise formation of the Line of Life has also a simiiar effect. But when the Line is formed of several fine Lines instead of a single deep Line, it shows an intense nervous state of health, causes general debility, reduces vigour and activity in general. Such subjects suffer from repeated attacks of illness.

The best type of Head Line one may possess is one that curves gently downwards towards its end, straight in the first half, although slightly on a slope, the actual downward curve beginning about half way along the Line. This type of Head Line indicates a combination of calculations and imagination. Such persons have the gift of forethought and have imaginative faculties.

When the Head Line is joined to the Life Line at the point of commencement and for some length, A indicates that the subject could not think and take decisions independently but is cautious and lacks self confidence. Such persons have an inferiority complex and tend to underestimate their abilities.

When the Line starts with a little gap from the Line of Life, such subjects have the power of concentration, self control and shows the proper mental attitude. If the space is too. wide, it indicates that self confidence has been developed to the point of rashness.

The actual formation of the Head Line, its shape, size, curve, breaks, dots, islands, etc., are to be analyzed minutely.

When this Line starts from inside the Line of Life, it indicates a well developed inferiority complex; such persons cannot have the courage to advance their opinions. When the

formation is very open, self confidence is indicated almost to the point of rashness.

When the course of the Head Line is straight, it is good. The straighter the Line in its course, the more calculating and far seeing is the subject. But when the Head Line is found like a bar on the Hand and it runs straight from one end to the other, it indicates betrayal of a thoughtful and calculating type of mind. When such straight bar Line is joined to the Line of Life at the start, such people are thoughtful, weigh everything minutely and never make hurry to decide an issue.

A forked Head Line indicates a balancing of the practical and the imaginative qualities of the subject. Such persons tend to take impulsive decisions.

When the Head Line bends sharply down from its beginning and particularly with an open formation at the commencement of the Line, it is an indication of a purely imaginative and romantic type of mind; the subjects live in their own world and are most unpractical.

The Head Line, if starred, means an accident to the Head; if broken under Jupiter, brain illness in early life and if, under Saturn, in middle age. A fading Head Line means loss of mental strength.

Breaks in the Head Line show interruption of current in its steady flow and indicate lack of concentration, firmness and self control. Sometimes these breaks indicate some injury to the Head. Such persons are reliable but unpractical. Such a Line is very dangerous for mental pursuits.

Now the Head Line is to be read with the position of the Thumb. When the Line starts with an open formation and the Thumb is firm and straight, determination and strength of will power are indicated. A supple Thumb and Head Line joined to the Line of Life at the start shows a cautious nature. The Health Line should not rise above the Line of Heart, nor should it touch the Line of Life; otherwise health will not be normal.the thumb

Obstinacy is another form of mental tendency. Saint Germain says, ‘Hard palm, spatulate or at least square fingers, with first knot marked and short, but abnormally broad nails. Short but very flat first phalange of the Thumb. Line of Head starting from under the Mount of Saturn and rather short. The Mount of Mars (especially the lower one) exaggerate.’

Below are the lists signs of an unhealthy hand:

1 . Hind is abnormal with twisted fingers, flabby palm and damp and soft skin.

2. Nails are brittle or too hard, bluish in colour.

7. Blue or black dots present on any part of the line

9. Weak or broken, islanded, starred, spotted or taselled I ines of Life, Head and Heart.’

Concluding, we would advise readers to assess the subject’s emotions, mental faculities and tendencies. The analysis of the Head Line is of vital importance because it indicates the degree and strength of mental control and the mental attitude. 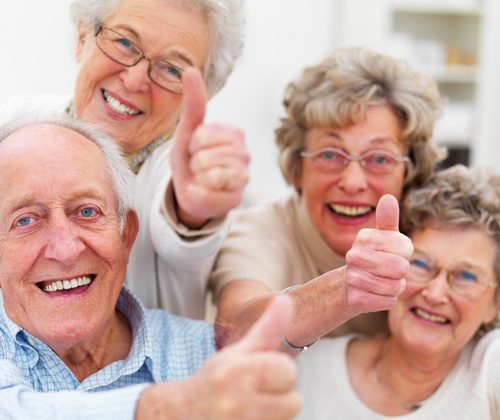 The Hand And Longevity This is a very ticklish problem, …