The Sun Line -a sign of ‘power’ and ‘gift’ from God- and good deep clear flawless Head Line on his right palm of the hand and strong Mount of Jupiter indicates his capabilities as an academic scholar, presence of a strong powerful acumen. This gives him chance to be in limelight too. This is quite clear on his palms. The small fingers tell us that his ideas and plans are to achieve big things, very big things. 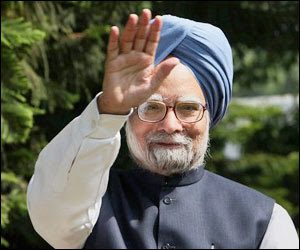 His short fingers have knots too –that slows the natural vital current to pass in his hands-that makes him more calculative and practical. He needs more time to asses or analyze the problems. This is a sign of great concentration. He is a big thinker and can plan big things. He is not a natural politician as he does not have smooth fingers. The Heart Line denotes he is an honest Man. His conscience is clear.

His hands also show that he is not meticulous about his physical surroundings and appearance, but has great concentration and focus on what he does.

The Mount of Saturn and the course of Directional Transverse (Fate Line) making him a sincere and a man of principles! These people are equally rough and tough even with their relatives. And he did never compromise with his principles.

And he is not effeminate but he humanizes everything. He neither fears nor should he be characterized as one who belongs to 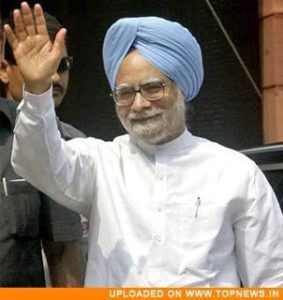 excessive softness, delicacy or self-indulgence. There are a few lines on the palms and therefore he will be alert and calculative and his decisions will be based on ‘facts’ and not on stories or emotions.

His Jupiter and Saturn fingers tell us that he is honorable and religious. I must refine this, he is spiritual. Good human being and not the type who spend his time in rituals.

He is most trustful, decent, and was not hungry for the power. He was bestowed upon because of his total dedication to his work. He is not a person of weak will at all. Many lines at the percussion denote he belongs to a big family. He is one among the ten children of his parents.

His thumb shows a strong willed person and not a sentimental one. He would finish the task once he undertaken or started . He is not of a shifting nature. His achievements are many. Some people criticize him for being a person of weak will. I can not agree with them at all. He is a professor, an economist, and educationist. He has been in Civil Services, does social services, enjoyed many ministerial posts including governor of Reserve Bank of India before  being Prime Minister of India.

The mount and the finger of Jupiter denote he is not a powerful politician. That was not his field. He is living the life he was meant to live with total dedication for the welfare of society. He was not after the power. Power was bestowed upon him. It is not his fault that he is in politics. But, he was given a wonderful prize for his working for the welfare for his country with total dedication. That is a gift for his total dedication to his work and party. Only a few lines on the palm and a deep clear un-cut Head Line revealing this. He is aware of his responsibilities.

I firmly believe that you can do what you love and be paid well for it too. But first you need to figure out your unique business niche, connect that with your spiritual Life Purpose, and make a vision plan of action to succeed. Dr. Man Mohan Singh did this.

Niche: having specific appeal for or a situation or activity specially suited to a person’s interests, abilities, or nature.

In fact we act in the world exactly in the way in which we have been ‘programmed’. The ‘programme’ is disclosed by lines on the palms of the hands, the formation of hands and by the fingerprints.

His hand clearly revealing he is the most valuable very honorable, loving, laborious, loyal, hard worker, thinker with big ideas, a matured person who has added and increased our reputation in the world to a great height. World leaders look at him for his advice.  Our country’s pride is Padma Vibhushan Dr. Man Mohan Singh. Thumbs up for him!

Hand Analysis and Health For centuries medicine has recognized the …