The Hand And Longevity

This is a very ticklish problem, worrying many people, as to how long they will live. Birth and death are controlled by God. But the Hand of man gives us certain indications which indirectly are the message of God. Many efforts have been made to solve this tangle, but so far the exact tima of death could not be reckoned. But the construction and character of Lines along with other signs on the Hand definitely lead us to conclusions about the general state of health, vitality,longevity vigour diseases and other health hazards. The experience of palmists  since time immemorial has established certain canons and rules to check this agonising  point. The views of Western and Hindu palmists are also detailed in this chapter for the guidance of readers. The world at large has frequently been experimenting on this science and announces its results based on experiments, irrespective of the fact whether they are correct or not or whether  their experiments have been made only on one aspect of this science or more. 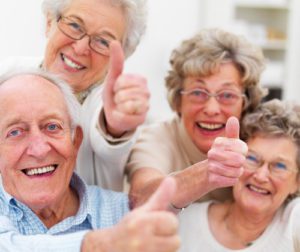 of the Moount  of Jupiter in good shape, that indicates 1 00 to 1 20 years of life. If this Line is found broken in the middle or some other signs are found on the  Handset he life span will be reduced accordingly They are of opinion that if the Heart Line starts from the lower point of the Mount of Mercury and reaches the middle of the Saturn Finger, it denotes 80 years as the span of life. According to the length of this Line, the age should be determined. As shown by many Western palmists  in their works, Hindu sages have already said that the distance between any two of the Fingers from the little Finger to the Forefinger has been stated to be 25 years when the life span is 100 years but according to my experience, it is 20 years, as shown in figures of measurements of time. Giving their analysis about the Heart Line. they have pronounced that if a strong, clear. deep, good and long Line is found on the Hand. the length of Life is greater. A Line  having more offshoots denotes distress. As explained above, a broken Line shows a shorter span of Life. An ill shaped Line is an indication of unsound health, any island, star, etc., on this Line means illness, bad health, injury, etc. Crossing of other Lines at any point means illness.

Hand Analysis and Health For centuries medicine has recognized the …