The Hand And Fortune

Generally, people who consult learned astro logers and palmists are anxious to know when, how and to what extent they will be able to amass wealth, or attain success or good luck. But real happiness for a person in this world is that he should have a good and sound health, peace of mind, domestic happiness and wealth to the extent that he feels reasonably satisfied with the world.

The signs or Lines about wealth as expressed by Saint Germain are : Bases of fingers on a fair alignment. Strong thumb. Fine Mounts of Jupiter, the Sun and Mercury. Straight line of head. Fine line of Fate, ending on either the mount of Jupiter or the mount of Sun. Long line of Sun. Clear line of liver. Well proportioned hand and thumb. Line of life straining into mount of Jupiter or throwing branches into it. Same start of line of head. A fine line running f rom tip to base along the first finger. Well shaped and long lines of fate and Sun; good line of liver. Mounts of the Sun, Mercury and Mars excellent. Sometimes the line of fate ends on the mount of Jupiter.’

Fortune is sometimes attained by unaided efforts and in this respect Saint Germain says, the lines of the fate and the sun starting from inside a well formed triangle. Long first phalange of the thumb, fine, straight line of head and mounts of the Sun and Mercury predominant, with all well marked mounts of Mars. Often branches of the line of fate ending on the mount of the Sun or the same line terminating an the mount of Mercury in excellent shape.’

Sometimes fortune comes by inheritance. It is said, A star on the first bracelet of the Rascette. Also a cross within an angle or triangle at the same place.’

From the above readings of Saint Germain, we find that the Lines of Fate, the Sun and Liver are to be analysed. In addition, there are certain signs at certain places which indicate fortune. Those are discussed hereafter.

The Line of Fate is the most important of the main lines of the hand. This Line denotes the main events of life changes, successes, and failures, and future life. Many people lead an average, miserable or unsuccessful life, in spite of the fact that they have a good, strong and long Line of Fate. The reason for such conditions is that they have an unbalanced Hand. The Mounts, Fingers and Thumb are not normally developed, and such people suffer from intellectual, emotional and physical defects.

The Line of Fate is also called the  Line of’ Saturn. As the name denotes, the Mount of Saturn in a good Hand is required to be quite good in shape and with markings, In astrology, Saturn is called a planet of power and evil and is associated with Fate. Jupiter is a planet of success, wealth and fortune. Like wise the Sun and Mercury have been described as planets of power, authority, fame and business success and intelligence. The Mount of Venus is not  less important as regards the emotional instincts of the subject. Mars too is a planet connected  with  destiny.

So from the above, we conclude that the Fate Line alone cannot give results unless it is connected   with  all Mounts and is considered simultaneously. The Line of the Sun should support  the Line of Fate. Only a long fate line without the Sun Line does not promise success and prosper ity but indicates failures, sorrows,  sufferings, and trials and tribulations in life.

In combination with other factors, a good Fate Line may be judged from the following facts and, when found good, promise pros  perity, success, vealth, honour, rank and good social position.

1  The Line of Fate should be free from breaks, crosses, stars islands, bars and Influence Lines f from the Mount  of Mars.

2. The  Palm should  not be hollow but evenly balanced

3. The Fingers should be normally developed. These should be straight, long and evenly set in a line  on the Palm.

4. The Mounts should be normally well delevered  These’ should neither be deficient, displaced nor sloping towards each other.

5. The Thumb should be quite strong The will and logic phalanges should be equal in length and show strength of will and good reasoning ability.

6. The Head Line should be long, deep and even, rising from the Mount of Jupiter touching the Line of Life and should have a moderate or gentle slope towards percussion of the Hand.

7. The Line of the Sun, called a sister Line of Fate. should also be in good shape and be long, deep and even.

8. The Line of Life must have upward branches running up to the bases of the Fingers of Mercury, the Sun and Jupiter.

9. The Fate Line should have good marks according to Hindu  writers. These marks include fish, crocodile, conch, trishul or triple fork or kamal (lotus).

10. In case some breaks or other bad signs are found, they must be supplemented by squares and other repairing marks.

The Line of Fate starts from the following seven places and positions on the Hand:

1. From the Base or wrist of Hand : Such a Line. found long and without any bad marks or faults, when it runs to the Mount of Saturn and is supported by a good Line of Sun rising from the Plain of Mars and running parallel to the Line of Fate, indicates brilliant success, high social position, fame, wealth and happiness.

Such persons having a Line of this shape make their career with  heir own efforts.  But when this Line starts f rom  below the Rascette, it is unfaviourable  and indicates grief.

If the Fate Line runs to the Mount of the Sun, it denotes renown in fine arts or literature.

When the Line starts from the Mount of the Moon and the first and third Fingers are of a good length and conically tipped, that indicates the gift of intuition.

Persons having  the Fate Line from the Mount of the Moon have a marked personality, are popular with people and attain striking success in their profession.

3. From the Mount of Venus : This is not a good position for the Line of Fate, as the subject wilt be swayed by passions and affected by the love of the opposite sex in a most unfavourable way.

4. From the Plain of Mars : In such a case, the destiny of a subject has been shaped by the subject himself without much help or influence from insiders or outsiders. Such a Line indicates a hard life full of struggle, starting from the Plain of Mars indicates generally a period of 20 years (exact years to be measured) and the time wasted up to this period as a negative existence and without any career. In this case, the Sun Line and other signs are to be checked.

From the starting point up to the Mount of Saturn, the shape and strength of the Line should be checked. If such a Line has upward branches and is forked at the end, a prosperous, happy and successful life is indicated.

Saturn and Mars are enemies of each other in astrology. Such a person will have to struggle hard in life to achieve success.

5. From the Line of Life : This position indicates success due to the efforts of the subject but with a start from his own people. Such persons are called self made men when their family background is poor.

When this Line leaves the Line of Life, it is an important year of the subject’s life as his independent career will start from this point of time.

6. From the Line of Head: Success in middle life f rom about the 3 5th year. The subjects career suffered for a considerable number of years and he may have missed many chances of success.

But if the Line beyond this Line of Head is strong, forked, with good Mounts and hag upward Lines, it denotes a successful career after that.

7. From the Line of Heart : When such a Line starts from the Heart Line and goes upward, it means good fortune in old age generally, due to success in science or agriculture. In this case, the influence of the Mount of Saturn is apparent, as it rules his whole life.

8. In case the above star is found on the side of the Mount of Jupiter, it indicates good social contact with people of high position.

9. All Lines joining the star from different Mounts or Lines will give the subject the advantage of that Mount.

10. When the star and cross are found together, the person marries into a rich family and gains high position.

11. A star on the Mount of the Sun denotes a brilliant position, wealth and fame but without happiness.

12. A star on the Upper Mount of Mars confers good will power, patience and success. And when on the Mount of Mercury with a straight and good Finger, blesses the person with success in his career.

13. On the Mount of the Moon, a star indicates fame in literary, artistic or dramatic pursuits, provided the Thumb and Head Lines are strong.

14. A star on the second phalange of the Thumb gives a lot of wealth to the subject.

16. A circle, which is a rare sign, if found on the Mount of the Sun, indicates fame and fortune; if found elsewhere, it is bad.

17. A Triangle on the Mounts of Jupiter, Saturn, Mercury and the Sun gives power, determination, diplomacy, fame, wealth, etc.

18. A tripod or trishul anywhere is a lucky sign, particularly on the Mount of Jupiter.

19. The ring of Solomon, if found at the base of Jupiter, is a lucky sign.

SIGNS  ACCORDING TO HINDU SCHOOL

In Hindu palmistry, our old treatises have laid down other signs and marks which are found in the Hand and these are detailed below and have been shown in Fig. 5. These are rare marks and are named Fish, Conch, Canopy, Flag, Tree, Temple, Pitcher, Serpent, Lotus, Swastika, Moon, Ashtkon or eight sided figure, Bow, Spear, Sword, and Spearhead. Signs of the Moon, the Sun, Jupiter, Saturn, Mercury, Venus and Mars are seldom found on Hands.

1. The Fish: It is a most fortunate sign., When found on the end of the Life Line at the Rascette,  it is called Machh Rekha and denotes power and fortune for the subject. Indicates prosperity in life when found on the Mount of Jupiter.

When this sign is found on a woman’s Hand, it indicates wealth, a good talented husband, position, son, etc.

4. The Flag : This sign has been found on many Hands. It indicates a strong will and character as also wealth and prosperity.

5. The Tree : These Lines fork into different branches and also ascending branches are termed the Lines of the Tree. These are found on the Hands of persons of fame and wealth andthey bestow honour and happiness on them.

6. The Temple : Persons having this mark attain high positions and sometimes become prophets.

7. The Pitcher: The  Swastika, Ashtkon, bow and lotus all are rare but are signs of fortune and if found make the man wealthy as a prince.

S. The Serpent : The sword, spear and sword are signs which are not auspicious but troublesome in life. The serpent denotes opposition and enemies.

9. Chained Rascette : This indicates a hard life full of struggle.

10. The Sun, the Moon and other Planets : These are very rarely found and are to be classified as per their position.

11 . The Lotus : A rare lucky sign. It is indicative of greatness. A plough is also good. 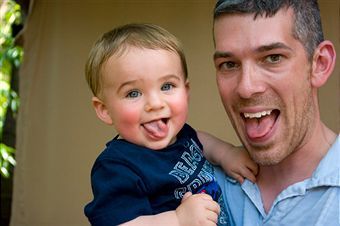 Physiognomy Of Men We have previosly explained you the meaning … 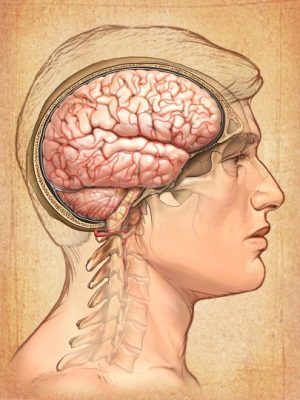