The Hand And Sex Urge

Sex is one of the most powerful forces implanted in the human being, and owing to the very necessary conventions, restrictions and laws formulated for its control, it has become a complex subject. Other restrictions imposed by society couple bored have created wide variations of expression in human beings. From all these factors, marriage, a formulated agreement between the two sexes, is an essential and approved institution and so marriage is called a ‘sacred bond’.

Sex not only affects the happiness of the individual, but it closely concerns his health.

So it becomes a paramount point before and after marriage and during married life to check the sex urge of the couple to lead a happy married life. It is generally said that men are more highly sexed than women, which is quite incorrect.

During the course of my twenty years experience of this science, I have found many couples leading unsatisfactory married lives, in many cases, the women are more sexed, whereas in other cases the men are highly sexed and internally both are unsatisfied and such conditions lead to immoral acts, resulting in separations, constant bickerings, etc., in married life and life becomes a HELL.

To evert incidents like the above, palmistry provides guidelines to check the sex urge. Being an astrologer, a Palmist and a numerologist, I am of opinion that this vital and important point should be got checked through a palmist concerning the couple before marriage to enable them to lead a happy married life.

This aspect can easily be checked by a competent palmist through a careful study and examination of Hands.

Based on my experience, different points indicating the sex urge are detailed below for the guidance of readers.

It is often said that the Heart Line in a Hand is an indication of the sex urge. This is true. But the general idea is that the Line beginning generally between the Mounts of Jupiter and Saturn and running out to the edge of the Mount of Mercury indicates the subject’s love affairs as also his successor failure in them. This is not correct. The Heart Line does denote the and type of sex urge.

1. When the line of the heart starts from the Mount of Jupiter; it denotes an idealistic and mental sex urge. Such people make the urge foremost in life which results in disappointments, as they do not get much out of the opposite sex.

2. When the Line of Heart begins between the Mounts of Jupiter and Saturn running down to the edge of the Mount of Mercury in a wide curve, it indicates a masculine trend of sensuality. Such subjects are very passionate, warm hearted, generous and sympathetic and believe in physical attraction.

3. When the Heart Line sweeps down in a wide, well defined curve to the outer edge of the Mount of Mercury, it indicates a more masculine and physical trend towards the sexual urge.

4. When the Heart Line is forked and one prong goes between the first and second Fingers and the other to the Mount of Jupiter, the former indicates physical sexual tendency and the latter shows greater feminine or mental sexuality.

5. A low position of the Line of Heart increases the sexual tendency.

6. When there are a number of fine upright Lines across the Line of Heart at the beginning or they drop from the Line of Heart, that is an indication of a flirtatious tendency and attraction to the opposite sex and very often the subject easily yields to temptation.

7. When the Line of Heart on a woman’s Hand is straight, it indicates generally that such women attract and enjoy the company of men older than themselves., Also, it indicates more psychic sexual urges and such women definitely have a greater emotional response to sex. 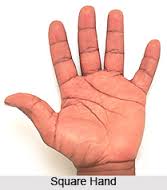