Palmistry can help you answer burning question about love and achieve happiness in your relationships.

Although palmistry existed in India for at least a few thousand years BC, it did not arrive in Europe until the 12th century. But before making it to Europe, Indian palmistry, with its system of omens and symbols, spread to China and then Japan. Here, in time and with acute observation, palmistry would be refined so sensibly that it anticipated some of the views that centuries later would develop in France. 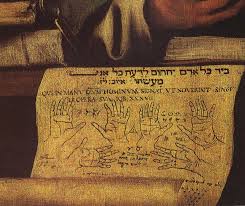 Arabs were the next people to develop an interest in palmistry, and they picked it up on their travels through the Orient. In the 12th century, when Arabic knowledge poured into Europe, palmistry came along on the ride.

The practice of palmistry was unfortunately forced underground by the catholic church who branded it devil worshiping. Anyone found to have an interest was quickly murdered. As the church started to lose its influence in society common sense prevailed.

Notable people such as Paracelsus and Fludd brought respectability to palmistry through their writings. Later Dr Carl Carus, physician to the king of Saxony in the 19th century matched palms to personality. Advances in genetics, psychology and forensics have propelled palmistry into the modern age.

At the beginning of the 20th century, Scotland yard adopted the technique of fingerprinting in criminal investigation and identification. Medical researchers studying skin patterns, have discovered a correspondence between genetic abnormalities and unusual markings in the hand. Research has confirmed a link between specific fingerprint patterns and heart disease.

These days palmistry is well accepted throughout the world. Professional palmists can be found reading palms in every country in the world. Pick up almost any copy of a womens magazine and there is some information on palmistry. There are thousands of books written on the subject and there are palmistry clubs the world across. 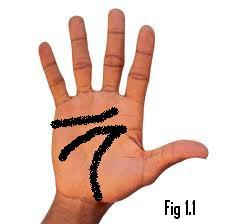 Palmistry or palm reading is an art or science of …