I heard an interview with Chris Carter on NPR the other day (who came up with the X-Files show) and he said he was a skeptic who wants evidence not to be. He wants to believe. He wants to see a ghost. He notes how appealing it would be to have the opportunity to speak to people who have passed. Since it’s never happened to him, he can’t believe. He said a woman on his street sees a ghost frequently and it gives him chills to hear her talk about it.

All of which confirms my idea that belief and faith amount to The Great Pretense…fulfilling ourselves with what we want to be true, rather than what is true.

What do you think?

Seems to me you have great faith…in your belief that nothing spiritual is real…and in Chris Carter.

I’ll tell you a story…

There was once this rather simple woman from Sheepshead Bay, Brooklyn, she liked to play Mah-Jong and such, and she adored her family and kept a nice house, but she got to a certain age and she felt something was missing, and she knew it wasn’t just the change of life. During the High Holy Days she talked to her clergyman about it, Rabbi Raphael DeSoto — Sephardic, they’re a little different, but a lovely man, very spiritual. And he told her — me, that is — to pray to Hashem about it, Blessed Be He.

Now, Skeptic, darling, I was a lot like you, I was following traditions but I didn’t necessarily believe. However, I was willing to try anything at that point, so I did what the Rabbi said, that very Yom Kippur eve. “Nu, Lord,” I prayed, “if you exist and you are listening, show me a sign, tell me what I’m supposed to do already.”

Later that evening, I got up in the middle of the night to go to the powder room. Maybe it was the lack of food, I hadn’t had a thing since before sundown of course, just a gluzzleh water to take my blood pressure pills…but I wasn’t feeling so good and I couldn’t sleep. Although I wasn’t so out of it that I didn’t know what was going on. And darned if I didn’t have a vision, right there in the the, you know, of a little old Indian man in a loincloth, staring at me all exposed.

By that time my Jonathan was a college dropout, not that he meant to break his mother’s heart, he had to do what he had to do. He had a lot of questions, he was having his youthful crisis, I was having my midlife one I guess. So he was off visiting anything in a diaper that spouted teachings. This guy in my bathroom looked like one of the swamis in his books, and as it turns out, he was, although I hadn’t heard of him before. There was no mistaking it: it was Sri Mahatma Schmattaji Maharaj, dead for some twenty years, who came in his subtle form all the way from some burial ground by the Ganges to help me fulfill my destiny.

He didn’t say squat to me at first, just looked at me for a long time with these big brown eyes like melting Hershey’s kisses…and then finally he asked, in perfect English no less, “Who is it who thinks something is missing?”

At first I thought, “Huh, what the–?” but then I thought about it and my mind grew quiet and I knew I wasn’t sitting there with my short hairs on view anymore. This lovely man in his little orange schmatta had revealed the secret of my true self to me. He was that true Self. And darling, you are that true Self!

You don’t believe it? Well listen, darling, no one was more surprised than me. And just seconds after I had this “Aha” moment, Schmattaji just faded from view, leaving me there with my pants down and my heart broken, but FULL.

Seeing a guru’s ghost in the powder room is not exactly something I wanted to see or believe. I understand this very thing happened to another nice lady from Brooklyn, Joyce Ma Sati Something-or-other — but under slightly different circumstances, and after a period of time taking yoga classes and whatnot. That wasn’t my experience. Believe me, darling, at that time of my life, I would have been happier to win a million dollars or a Loehmann’s shopping spree. If I could have created that, to make me feel better, I would have. But you know something? In the end, it’s all the same anyway. Better you shouldn’t be attached to money, or material things…or spiritual experiences either, for that matter. All is One, Adoshem Echod, it’s all the dance of Shiva.

That Chris Carter sounds a fine young man. Is he single? I have a lovely daughter.

Want to know your Truth? Write to 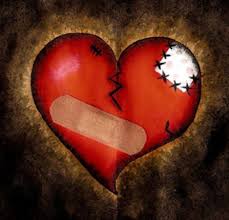 “Destiny and Desire” can’t stop thinking about her ex! Are … 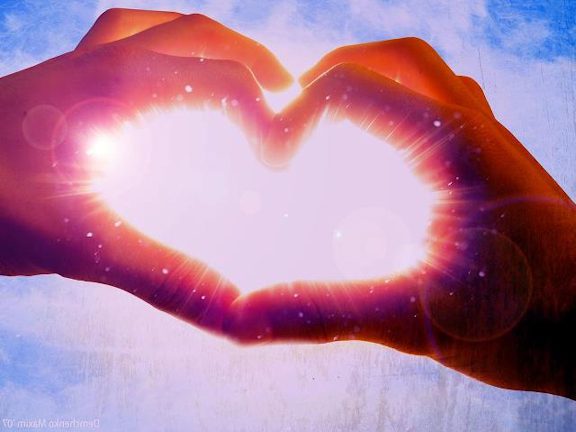