From Ancient Egyptian magic to the cards carried by exotic gypsies, Tarot’s purported origins are as enigmatic as its images. The plain fact is, nobody really knows exactly when and where Tarot originated. The striking images that make up the twenty-two cards of the mysterious Major Arcana contain many visual references to anchient religions and spiritual practices. The Minor Arcana, which consists of four suits, is generally agreed to be the ‘parent’ deck from which our familiar modern playing cards sprang.

So what are the historical facts about Tarot? They are slender and tantalizing. Of the earliest known cards only seventeen remain in existence. These date from 1392. We know cards existed prior to this date, because they were forbidden in Florence, Italy, in 1376; considered dangerous and heretical by the established Church, they were repeatedly banned, condemned and even publicly burned.

The Visconti Deck is the earliest full deck to have survived intact and was painted by an Italian artist, Bonifacio Bembo. These delicate cards, which date from the beginning of the fifteenth century, were specially commissioned by the Duke of Milan and bear his family name. Those figures, such as The Hierophant or Pope, The Magician and The Fool, seem to readily resonate with the medieval world, leading some scholars to assume that Tarot is an essentially medieval oracle.

But some of the images are not so easily placed within this simple context. The presence of The Empress, an obvious representation of the Great Mother Goddess, The High Priestess, another clear goddess image, and The Hanged Man are enough to suggest that Tarot’s roots lie in the more distant past. These vibrant and disturbing images pre-date the prevailing Christian beliefs of the Renaissance. They link the Tarot pictures with anchient esoteric teachings, such as goddess worship, shamanism, pagan religions and myth. And it is the archetypal nature of these images which has, arguably, kept Tarot alive and led to its present flowering.

The sequence of pictures that make up the Major Arcana spring from the universal language of symbols buried deep in the unconscious of every human being. Alchemists called the Anima Mundi, or World Soul; the eminent psychologist, Cark Gustav Jung, named it the collective unconscious. The images of the Major Arcana are arranged in a meaningful way which symbolizes the soul’s journey of enlightenment. Each image represents a stage of both inner and outer development. And as life progresses, and the lessons unfold, this sequence is repeated many times, in various ways.

The Major Arcana’s images seamlessly connect with other mystical or magical systems, such as astrology, ritual magic and the Hebrew Kabala. As, indeed, they link with modern dreamwork and psychoanalysis. A great deal of work on such correspondences was done by a prestigious British magical group called The Golden Dawn at the turn of this century. Two members of this group, Arthur Edward Waite and Pamela Colman Smith, produced the Waite Deck which is one of the most richly-symbolic decks currently available. I have used the astrological connectins they made throughout this book because I find they add depth to interpretation.

Tarot’s symbolic links to other teachings have been dealt with by countless scholars. And while these links have inevitably influenced the interpretations in The Lover’s Tarot, I do not feel that a detailed survey of such symbolism is relevant here. 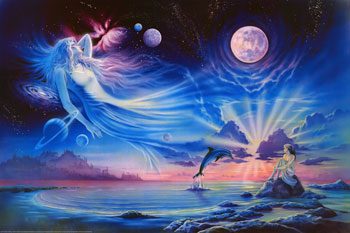 The question I am asked most by visitors to this … 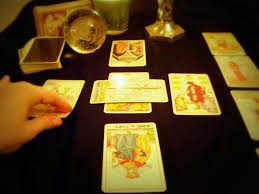