Have you ever noticed how similar working with the Tarot is to storytelling? Perhaps you have looked at a Tarot card and let it pull you in and make you part of its story. Or maybe you have thought of the Major Arcana cards as scenes in a story.

I have read Tarot books which used the concepts of character and plot development to illustrate the progression of a suit’s pip cards. And whenever you do a reading for someone (yourself included), you are telling a story.

There is a protagonist (usually the querent) who has a personal history. He or she has encountered (or will encounter) complications and obstacles to overcome, while undergoing changes along the way. Finally, there will be an outcome, the climax of the story, so to speak, based upon what course of action the protagonist (i.e., the querent) chooses to take. 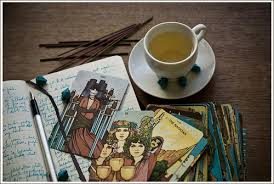 It is that strong storytelling element which originally got me interested in Tarot cards — I figured that I could use them to help me in my writing career. (Of course, I must admit that as I have learned more and more about it, the Tarot has captivated my interest on its own merits as a tool for meditation, spiritual growth, and divination.) Since I wanted to be able to use Tarot cards as a writing tool, I created a couple of spreads with that specific intent, and in this article I will present those two spreads. The first one is useful for character development, while the second spread can be used for both character and plot development.

Now, while I originally created these spreads for a writer to use in developing characters and plots, they can be useful for anyone who might, for whatever reason, want to create any sort of character or story. For example, do you have children who like bedtime stories? If they are getting tired of Mother Goose and Dr. Seuss, try creating your own stories for them using Tarot cards. Or maybe you are an actor trying to get a better feel for a character you are portraying. You can use these spreads to flesh out that character a little better. Perhaps you are a songwriter, and you want to know more about a character in a song. … Well, you get the idea.

But even if you have no desire or need to create a character or a story, these are, first and foremost, Tarot card spreads, and so they can be used for doing a reading about any real person or situation too.

This spread is intended to help you create a character and his/her background and current situation as well as indicate where he or she is going in life. Recently I used this spread to learn more about a character who I had created but felt was too “flat”. As a result, I came up with ideas that breathed life into him, made him more sympathetic, and even suggested a much better ending to my story than I had originally envisioned.

Note that Cards 4 and 5 are placed horizontally, and they should cover card 3.

1. Hopes and Dreams that the character has. In other words, what would she love to do with her life, or what kind of person would she like to become. This should not be limited by what she thinks is possible right now.

2. Secret(s) that he has. Everyone has at least one, and they provide a spark for any story.

3. Goals. What she wants most. (This would be the prime motivation for the character.)

4. Weaknesses. What are the internal obstructions to attaining his goals. For example, he may be lazy, shy, overbearing, etc.

Cards 6 and 7 concern his PAST:

6. Happy / positive events. For example, being elected student body president, or a special Christmas when he got a puppy from Santa Claus.

7. Sad / negative events. For example, his parents´ divorce, or always being the last one picked for school athletic teams.

Cards 8 and 9 concern her CURRENT STATE:

9. External / Environment. For example:
* Occupation / job
* Relationships (friends, lovers, and enemies — and how she relates to
them)
* Hobbies
* Sports or games she likes to watch or play
* Things which may not be known to the character, such as opinions of her that others may have, other people´s support (or lack of it) for her efforts, or events which will affect her, but of which she is unaware

The following layout, which I call the Character Transformation Layout or the Diamond Layout, is useful for developing a plot as it gives insights into how the character might change during the story. (And that´s what a story is, really: a record of a character´s, or several characters´, change). This layout deals with situations that characters get into and the lessons that they need to learn from them.

Separate out the following types of cards. Shuffle and cut each stack individually, then deal the cards from the stacks as indicated below:

Next, shuffle all the remaining cards back together, cut, and deal cards 5 and 6.

1. (Major Arcana card): Why is this happening? What lesson is to be learned from this situation?

2. (Court Card): Who is having the most impact or effect in this situation? OR Whose actions are primarily affecting the character? OR For (or against) whom is the character acting?

4. (Ace): In what sphere of life is this lesson to be learned: Swords: Mind, Wands: Spirit, Cups: Emotions, Pentacles: Body/material

5. (All): Ultimate decision or action that the character takes.

6. (All): Outcome or results of the character´s action.

Of course, you can use just about any spread to gain insight into a fictional situation, just as you do for real ones. This can be as simple as a one card spread to something as extensive as a 78 card spread. With a simple one card spread you could delve deeply into the card and let it tell you its unique story. Or you could carefully study one of the court cards to help you get to know it as an individual character.

If one card seems too small a spread and 78 cards too large, perhaps you might want to use all 14 cards of one suit. You could use the court cards to represent major characters in a story and line the pips cards up to give you the basic plot line. In this case the suit itself could provide the theme of the story. For example, Pentacles might imply a theme of miserliness vs. generosity / charity.

And what about that 78 card spread? If you are really ambitious you do something like this:

Shuffle the deck and lay out all 78 cards in a line to give you your plot. (I would not advise this for a short story.)

Note, however, that these are just meant to serve as examples. The point is that you can come up with your own spread and your own method for using the Tarot to help you tell stories.

These spreads may not be the ultimate cure for Writers´ Block, but I hope that they will help you any time you want to create a character or see how a character might develop in a story.

But even if you have no cause to create a character, using these or any other spreads to create a fictional character can be a good exercise, especially for beginners. Doing this lets you read your Tarot cards in a relaxed, non-stressful environment. It allows you to perfect your ability to shed your inhibitions and tap into your subconscious since you don´t have to worry that what you come up with might not be “right”. Then once you´ve gained confidence in your abilities, you´ll be better able to do readings for yourself and others. 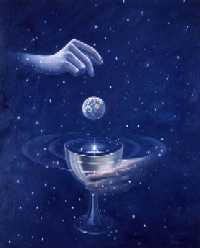 How much detail should a reader be provided with when …