Home
Hypnosis
What is Hypnosis? How Does Hypnosis Affect the Mind?

What is Hypnosis? Learn How to Hypnotize.

How Does Hypnosis Work?

Since it’s discovery, hypnosis has unlocked an incredible amount of secrets inside the mysterious human mind. With hypnotism, we now have a very powerful ability to speak to the much more impressionable unconscious mind. 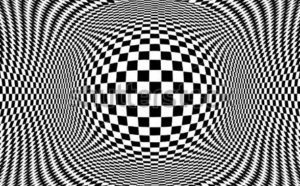 Although many people swear that hypnotism provides the hypnotist with unlimited powers to control their subject’s thoughts and actions, the truth is that anyone has the capacity to break away from their hypnotic state. It is also true that it’s impossible to make someone do anything they aren’t already willing to do to begin with.

There are several things to consider when asking what is hypnosis. There are tons of ways to create a hypnotic state, but almost all hypnotic inductions follow a few common patterns.
What are the stages of hypnosis?

What is hypnosis consists mainly of three stages. For therapeutic purposes, the most typical usages help subjects with a number of personal issues from stop smoking hypnosis, hypnotic weight loss, sleep hypnosis, anxiety hypnotherapy, pain and anger management, even hypnotism for alcohol and substance abuse.
The Light Trance in Hypnosis

The first stage in hypnosis is known as the superficial trance. The light trance is considered the fundamental stage of hypnotism where a subject is still consciously aware of his surroundings and environment.

The light trance is the stage that is most frequently used to make suggestions to subjects with behaviors that require a subtle “rewiring” of thought processes. Light trances can be used on anything from helping the subject with bad habits all the way to stop smoking and addiction. During this stage, the subject accepts easy and universal suggestions from the hypnotist, but the subject ultimately has the freedom to allow these suggestions to take hold or to ignore them.
The Alpha Stage in Hypnosis

The next hypnotic stage is called as the alpha stage. This is a much deeper hypnotic state that settles the brain and allows to speak much more easily to the subject’s unconscious. The best usage for the Alpha Stage is to control or treat pain and help the subject with health problems (many of which are being created by the brain).

The Alpha Stage allows for a much deeper relaxation achieved by deeper breathing and concentrating on complete relaxation. This stage causes physical reactions like slowing heart rate and lower breathing and brain activity.
Deep Trance in Hypnosis

The final stage in what is hypnosis is the deepest among the hypnotic stages known as Deep Trance. Deep trance is often used by psychiatrists to access the innermost thoughts of the subject. This is where the hypnotist can access past and suppressed memories and the forgotten emotions locked deep in the subconscious mind.

Going into deep trance is mainly used when hypnotherapists and psychiatrists need to treat patients with severe psychological trauma. It also works best when the other two stages have provided no results.
Is hypnotism safe?

A common misconception is that a hypnotherapist will go inside your brain, scramble it up, and leave you permanently believing you are a chicken or Elvis Presley. This is simply not true. In the hundreds of years since it’s discovery, there have been absolutely no instances of a hypnotist programming their subjects to do something that is outside of their morals and beliefs.

If you want to try out hypnosis as therapy or treatment, there are many great books as well as downloadable hypnosis MP3′s that help you from issues ranging from shyness to stop smoking to hypnotic weight loss.

If you are looking for a hynotherapist to help with a specific issue, make sure to check out their credentials and don’t hesitate to ask a lot of questions about their practice. Hypnosis is as much about your ability to feel comfortable with your hypnotist as it is to want to change. This is why hypnosis might not work on everyone. People who are skeptical or afraid of hypnotists or simply do not believe in hypnotism are almost impossible to hypnotize.
Can I stop hypnosis?

To say it as simply as possible, hypnotism really is a state of mind and mental conditioning. If you are determined to to not allowing yourself to become hypnotized, then it is almost impossible that hypnosis will have any effect on you.

I say “almost impossible” because we tend to go into mini-trances throughout the day when we find ourselves deep in thought. This is what makes self-hypnosis so effective. We already know how to access the top levels of our subconscious.
Can I learn how to hypnotize someone?

You certainly can! Anyone with a very basic understanding of hypnotic patterns can learn ways to get anyone paying attention into a light trance. When your subject is in a light trance, you can provide them with any number of suggestions. If they are open to those ideas, they might actually act on them whether you are trying to get a coworker to stop coughing all day or get a cute guy or girl to agree on a first date.

If you want to learn how to hypnotize people into the deeper stages of hypnosis, these will only work on willing subjects who agree to by hypnotized.

Learning hypnosis is a very valuable skill that can not only make you the life of the party if you choose to to stage hypnosis, but it also allows you the ability to help friends and family make positive permanent changes in their lives.

Learning Self Hypnosis Will Put You in Control of Your … 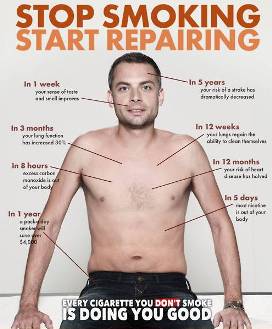