Home
Body and Mind
Caffeine Addictions and How to Quit

With the recent craze in coffee, an increasing number of people are developing a chemical dependence on caffeine. Of course it’s not only found in coffee. Caffeine can be found in a variety of things such as cola and chocolate, but it seems more socially acceptable to have coffee in the morning than it would be to have cola or chocolate. And the morning is usually when people most need their caffeine. How many people do you know who have a chocolate bar and a can of cola for breakfast? Besides, you can get two to three times more caffeine in a cup of coffee than you would in cola or chocolate. The more the better, right?

Legal and safe (generally), caffeine is one of the most popular drugs in the world. It’s fast-acting and doesn’t last long in the system—everything you would want in a drug. But an addiction to caffeine can be a major drain on your wallet, and a nightmare for those trying to quit. 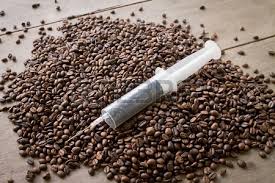 You Know You’re Addicted When…
You’ve probably had one of those days (everyday) where you wake up and you know nothing will get done and no one will be greeted (pleasantly) unless you get your caffeine fix. Or maybe you’re suffering the effects of a food coma and unless you get some caffeine in you soon, you’re going to pass out and just die! Those are actually withdrawal effects. Caffeine stays in the body for only 12 to 24 hours, which is why caffeine addicts usually need their morning cup of coffee. These people are suffering the effects of a caffeine withdrawal, and unless that need for caffeine is satisfied, they will continue to suffer the effects of caffeine withdrawal, which include headaches, fatigue, vomiting, irritability, and even muscle pain. Isn’t that pleasant?

So Why Do People Do It?
For many, it started in their college years. As students, they spent the majority of the semester partying and drinking, but when midterms and finals came around, it was time to study and learn all the material covered in class. Of course if they went with a regular sleeping schedule, there was no way they could be prepared for the test the next day.

Which is where caffeine comes into the picture. A few cups of coffee later, and the student is alert and ready to tackle the books well into the night. Once realizing that caffeine can be a boon to a college student’s life (it doesn’t take much to notice this), people start using caffeine on a regular basis and it soon becomes a full-blown dependence.

A Little Chemistry Lesson
Some realize this (expensive) dependence and try to quit, but unfortunately, withdrawal symptoms do exist. Some say it’s all in the mind, but biological evidence exists to support claims of caffeine withdrawal.

Caffeine is structurally similar to a chemical in the body called adenosine. Adenosine is responsible for dilating the blood vessels, which then allows more oxygen to reach the brain, thereby promoting deep sleep (which requires large amounts of oxygen). This all occurs when the adenosine attaches to certain receptors in the body.

What caffeine does is attach to the same receptors, blocking the adenosine. And while adenosine dilates the blood vessels, caffeine constricts the blood vessels, reducing the amount of oxygen reaching the brain (causing insomnia). The brain, upon realizing this, increases activity and causes the pituitary gland to release adrenaline and increases the sensitivity of the receptors to adenosine. The adrenaline is what gives that sudden boost in energy. The increased sensitivity to adenosine is what causes the headaches once the caffeine leaves your system.

If You Don’t Want to Quit…
If you’re uncertain about quitting, then don’t. Most of America does it (90 percent, in fact), so it must be safe, right? There is no real need to quit caffeine. It’s as much a part of our culture as television commercials. And research has shown that caffeine may be good for the intestinal tract. But if you’re tired of waking up to a headache and being irritable when your coffee supply runs out…
One More Reason
Unlike most other addictions, a caffeine addiction does not really isolate you and alienate everyone close to you. For most people, the intake of caffeine actually makes them more pleasant.

Quitting Your Caffeine Addiction
Quitting isn’t easy. Caffeine withdrawals are very similar to other (illegal) drug withdrawals. People trying to quit will experience mild to severe withdrawal symptoms such as headaches and drowsiness. Their ability to perform is temporarily decreased and every day without caffeine pretty much seems like a bad day.

Quitting cold turkey is not recommended at all. The first few weeks may be filled with excruciating headaches, drowsiness, vomiting, and overall nausea. Instead, try cutting back slowly. This will allow your body to adapt to the gradual decrease in caffeine and you will most likely be able to escape the worst of the withdrawal symptoms.

Change your eating habits, too. If you continuously snack (especially on healthy foods) throughout the day, your blood sugar level will be at a constant level. Sudden spikes in your blood sugar level will increase your cravings for chemicals. Remember to avoid foods that have caffeine. Substituting chocolate or cola for coffee isn’t exactly the best idea. The sugar won’t do you any good either.
You might also want to try nutritional supplementation. They will be able to sustain your energy level as you cut back on the caffeine. And they’re good for you. The supplements may even give you some nutrients that were missing before you began cutting back on caffeine. 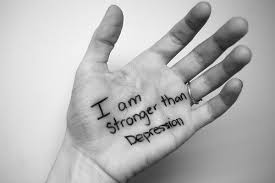 Depression can be scary and debilitating. It can make doing …